The impact of these deaths and life-changing injuries on families and communities is immeasurable. But these numbers of deaths and injuries are not inevitable.

Mortality of Children and Youngsters Differs Widely across Europe

For children and youngsters in the EU, there were on average 16 killed on the road per million child and youngster (aged 0-17) population between 2014 and 2016. It should be underlined that the road death rate of 15, 16 and 17 year olds contributes to half of this figure, as the average for children up to and including 14 years old is 8 deaths per million child population. 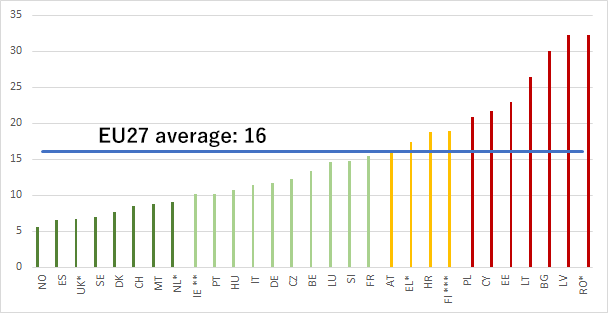 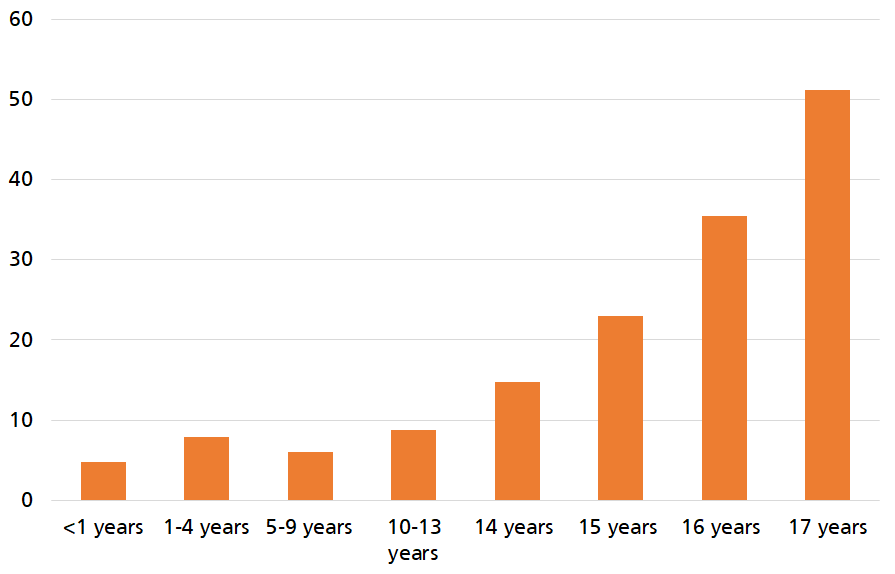 Modal Shift after 13 Years of Age

To illustrate the risk of death associated with changes in modal use with increasing age figure below shows the distribution of 0-13, 14, 15, 16 and 17 year old road deaths by mode of transport over the period 2014-2016 in 25 EU countries. 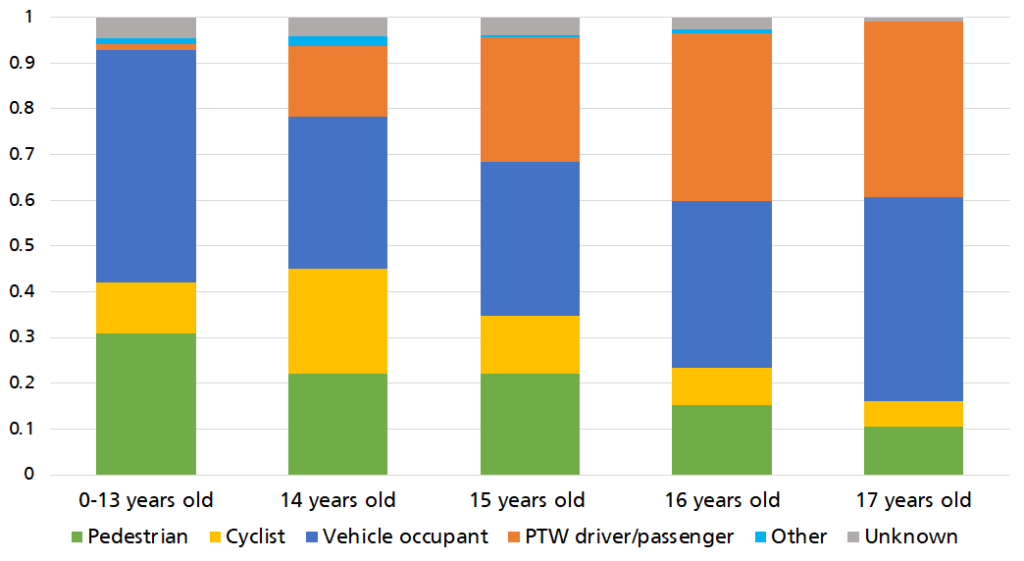 51% of 0-13 year old children die as car occupants, 31% as pedestrians and 11% as cyclists. Up to 14 years old, the ways in which children travel are often dictated by the choice of parents.

As from 14 years youngsters become more mobile and more independent road users. The proportion of powered two wheeler (PTW) user deaths starts to increase steeply at the age of 14. In several European countries driving licenses for mopeds can be obtained as of the age of 14.

Children and Youngsters are Safer Today than Ten Years Ago 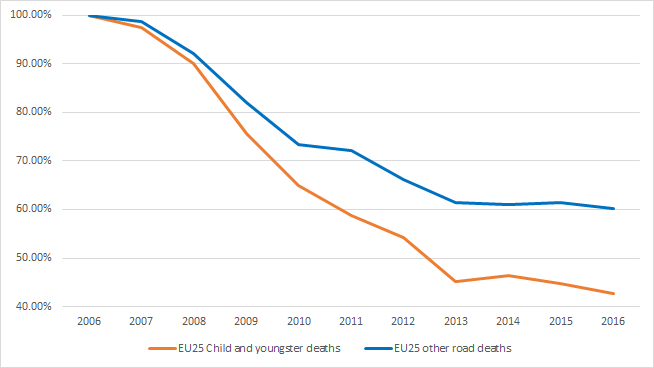 Figure 4 – Relative development in the number of road deaths for persons under 18 years old and other road deaths in EU 25 over the period 2006-2016.

* Bulgaria, Lithuania and Slovakia are excluded from these figures due to insufficient data for the full period 2006-2016. 54 children and youngsters died on roads in Bulgaria in 2016 and 6 in Lithuania, bringing the total road deaths under 18 years in 2016 to 1188, as mentioned in the introductory paragraph.